You are here: Home » News » US cashmere apparel company executive says 'only want to work in China' 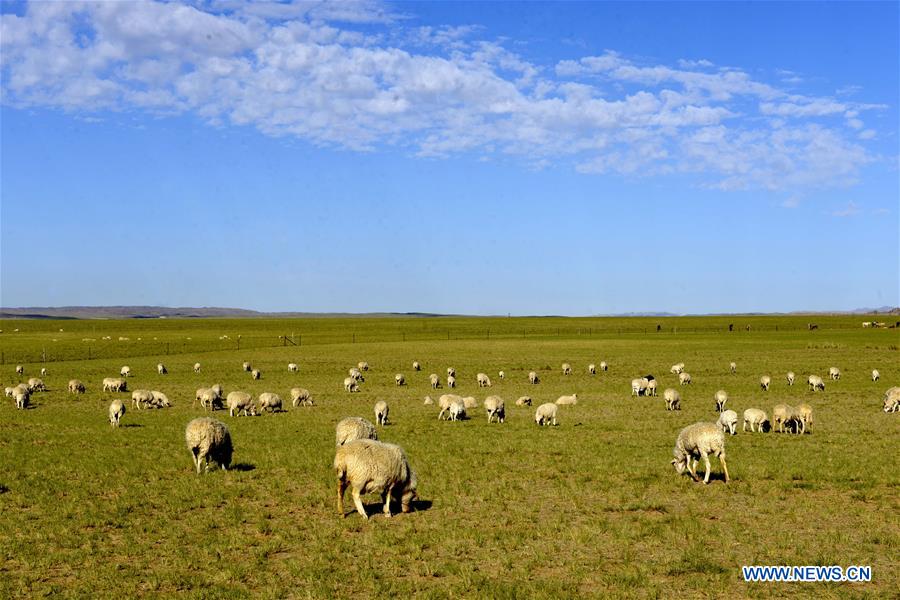 WASHINGTON - Jean Kolloff, CEO and founder of Quinn Apparel + QI Cashmere, said it's "really not feasible" to move her company's cashmere clothing production out of China, because both high-quality raw material and high-quality spinners and dyers are located in the Asian country.

In a recent interview with Xinhua, Kolloff said when she started her designer company 15 years ago, she decided to source out of the Inner Mongolia autonomous region in North China because the Alashan breed of goat, from which fiber of "best quality" comes, is indigenous to that region.

Kolloff, who used to work for luxury brands such as Burberry, said "I've been sourcing my whole life." When she created her own company, she went to the region and met with one of the key suppliers of cashmere in China, "did all the research" and decided that "we wanted to only work in Inner Mongolia."

In her testimony at a hearing over the Trump administration's threatened 25 percent tariff hike on $300 billion worth of Chinese products on Monday, the seasoned apparel merchant and executive said "we searched for similar species of goat in an attempt to copy the hair from this animal in other countries or even domestically, but to no avail."

When asked by an official whether she could consider Mongolia, Kolloff explained that Mongolian cashmere, made from primarily brown and black goats, are "substandard," while the white wool her company uses, which can be dyed into bright colors, mostly comes from China's Inner Mongolia.

"The length of the fiber and the width of the fiber" only come from the specific breed of goat, she told Xinhua, adding that her company mainly sources out of Baotou and Hohhot, two major cities in the Inner Mongolia autonomous region.

But what draws Kolloff to China is more than the specific breed of goat. "The collection of raw material and the spinning and dyeing of cashmere products is done best in China," she said. "They are experts in the processing of raw material."

About two years ago, Kolloff's company partnered up with Anhui Tianwei Cashmere Products Co Ltd, located in Fuyang city, eastern China's Anhui province. "They have a very large brand new spinning and dyeing facility that is really state of the art," she said. "We'd been looking for this partnership for a very long time."

"So it's a very specific industry that must be made in China and they make the best quality, and I would only want to work in China," Kolloff said.

Noting that the sweater industry in the United States has long ago departed to Asia, Kolloff told officials at the hearing that both the machinery and workforce are no longer available in America. "If possible, it would still be prohibitively expensive and would take years to restart production in the US."

On any alternative location for production, Kolloff said "it's not an option" to move it anywhere, she told Xinhua.

If the US-proposed tariffs are implemented, Kolloff said, it won't be long before she would have to pass the cost on to customers. "This year we'll obviously absorb it. Next year we would have to raise prices ... " she said. "I think ultimately the US consumer will pay."

"The additional tariff would precipitate major loss of revenue and profit for our company and our retail customers," Kolloff said, adding that "many retailers are already closing stores and price increases will surely hasten their demise."

Kolloff said her company usually contracts production as early as eight months prior to shipping, which means that they have locked in prices from customers and vendors. In the wake of the tariff threat, she said, her Chinese partner has been working two shifts to "help us out."

"They are literally working around the clock 24 hours a day to complete my production, to get it on a boat or on a plane and get it to the US before it happens," she said.

Kolloff, who testified during the first day of a seven-day hearing held by the Office of the US Trade Representative, said the reason she attended the hearing is that she believes the US government "needs to hear the voices of the people who are directly affected by this tariff."

"It is my hope reason will prevail and the proposed tariffs will not go into effect," she said.